Here be seaswines is not updated often.

I have a degree in the history of ideas and philosophy, and have some education in programming. My interests are broad, I love reading. If you have comments on Here be seaswines mail me at claes-magnus@herebeseaswines.net. I am webmaster at Headache Comix. At GitHub I am bergsans.

Professionally I work as a JavaScript developer specialized in React & TypeScript. I also have experience from node.js. However, my personal homepage isn't built with React as I think it would be over-kill for such a task, and would miss the point with React (only meaningful in large-scale applications).

Currently my favourite language is Haskell. I would love to use Haskell professionally some day.

Here be seaswines? The seaswine, indeed a strange creature, was depicted by the Swedish historian Olaus Magnus, on Carta Marina from 1539. According to Magnus, seaswines lived in the North Sea and in the medieval mind, they were linked to heretics, distorted the truth, and lived like swine in a non-literal way.

You see the seaswine (I've obviously modified it for the logo of this site) in the middle, quite near the left border: 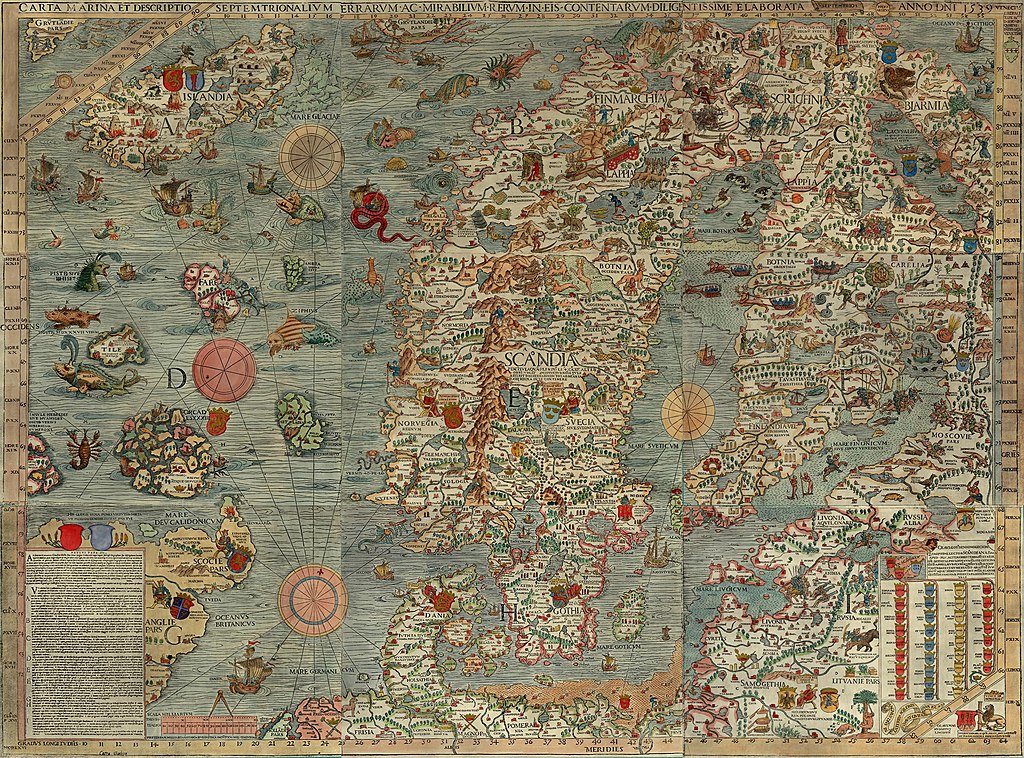 My aim, however, is not to distort the truth but to explore territories marked with a monster on my personal map of programming. I have so many monsters on my map, things I would’ve wanted to explore, monsters I want to remove, things to understand (enough to not be forced to resort to myth).

I've made no noteable contributions yet. However, feel free to check out some art and learning projects of mine:

Before working as a programmer I worked at a library and freelanced as a writer (in Swedish) in the fields of culture and politics. I've been active as a developer for a year.

Here be seaswines is a proud member of the geekring! Check some other geeky websites here: Previous site | Random site | Next site